A Legacy of Faith is a commemorative book for the 135th Anniversary of Cheatham Memorial United Methodist Church, Edgewood, Texas, published in October 2014.  My self had the honors of producing the book, from researching, co-writing, and designing this 8.3”x10.2”, 130-page, hardcover book.  A clean, easy to read approach was applied.

The history of the church is traced through 200 images including historical and new photographs, timelines, illustrations, works of art, building plans, and artifacts. The written and pictorial works were contributed by many church members whose names are chronicled throughout the book.  Photographs used for the Content and Opening Prayer pages were among my photography works of the current state of the church that are included in the book.  I also did timeline charts and the cover. 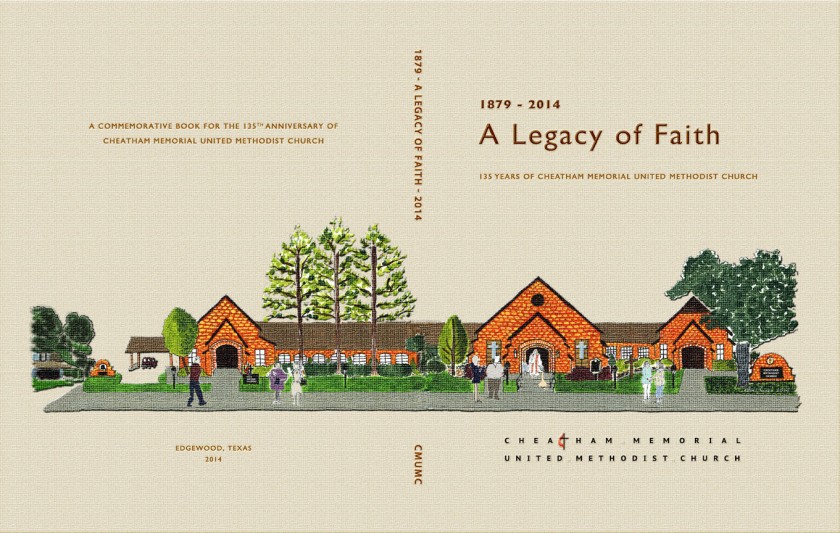 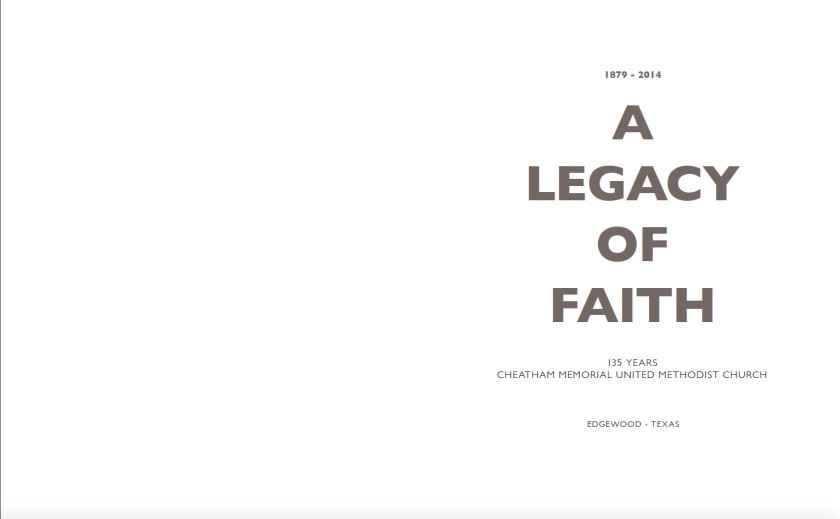 Founded in 1879, the Methodist church is the first church established in the town of Edgewood, Texas. The forefathers and mothers of the church were the pioneers of Van Zandt County.  The beginning of the church history is preceded with an essay, strengthened by timeline charts, of how Van Zandt county and Edgewood was formed. 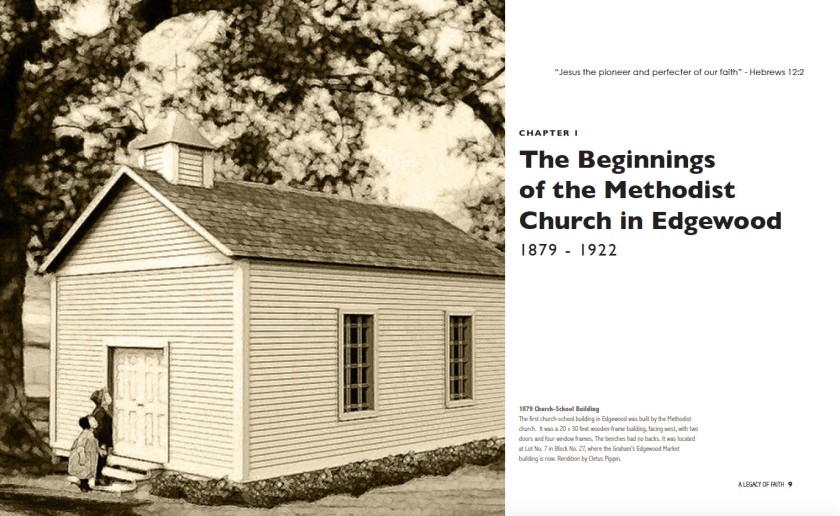 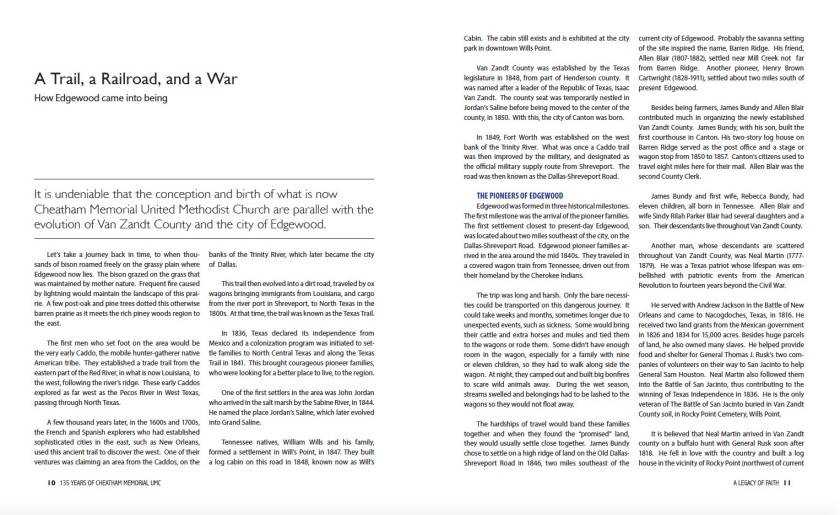 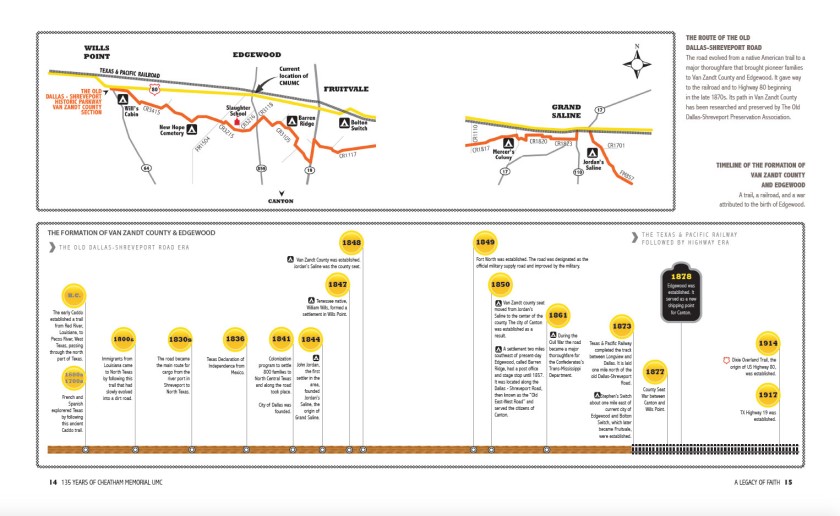 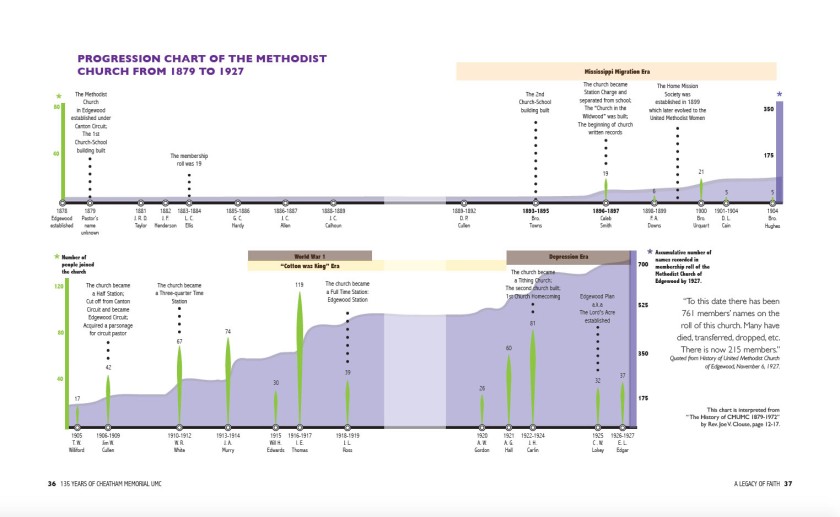 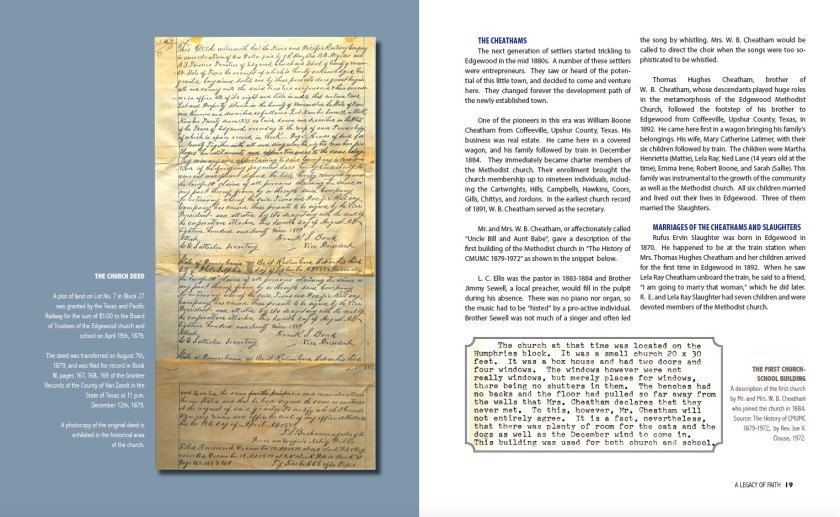 Inspired by the first church’s history book published in 1972 by Rev. Joe V. Clouse, this book follows the evolution of the church in the context of historical, civic, and cultural change that direct its fellowship, services, and ministries to the current state.  Its struggles and development keep evolving, from the era of the Old Dallas-Shreveport Road, through the World Wars and great depression time, to the current issues. 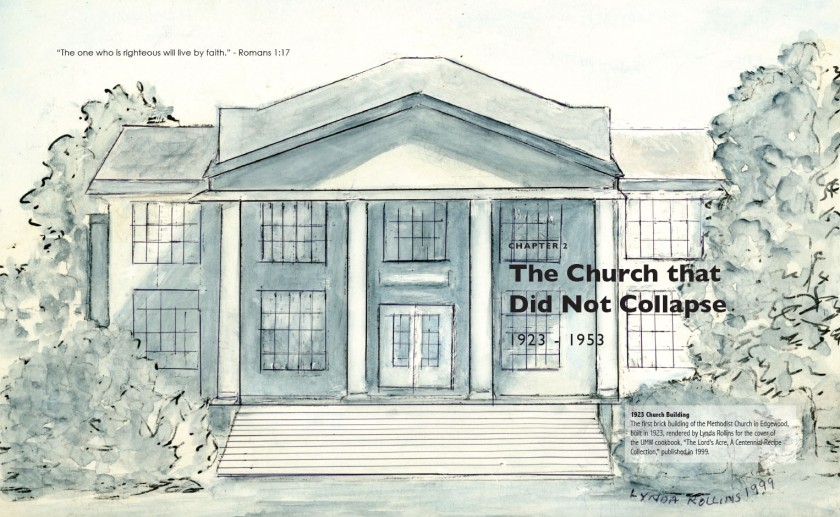 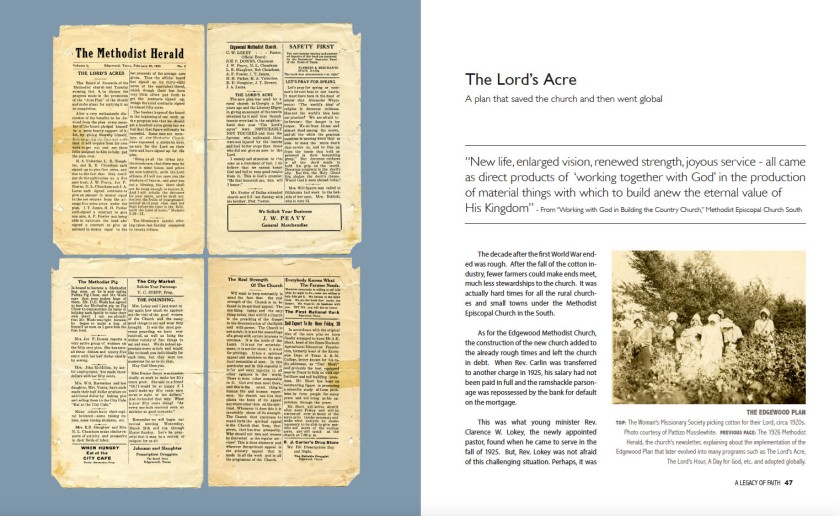 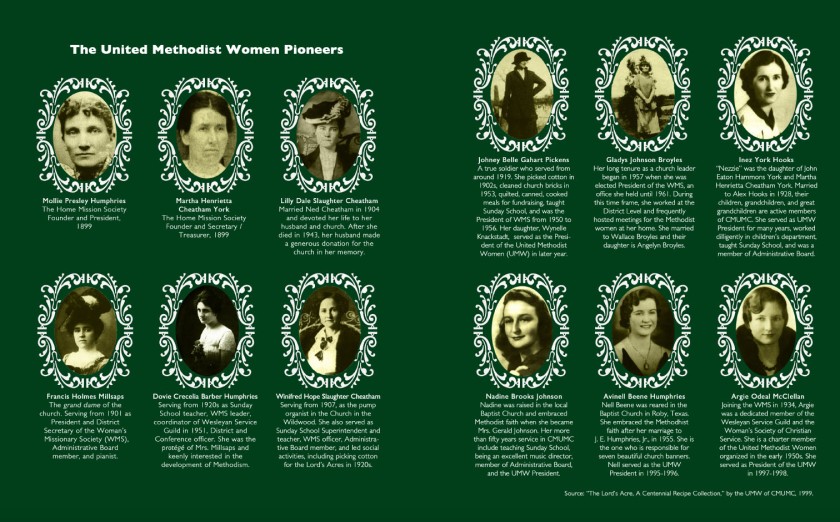 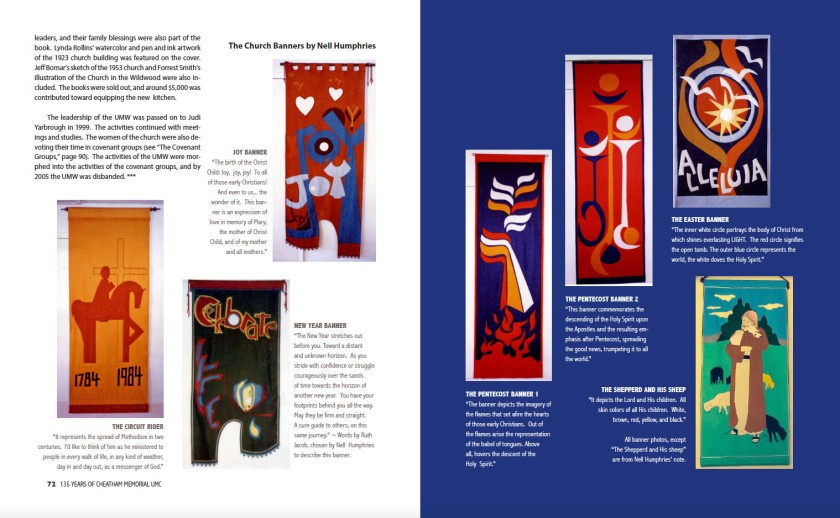 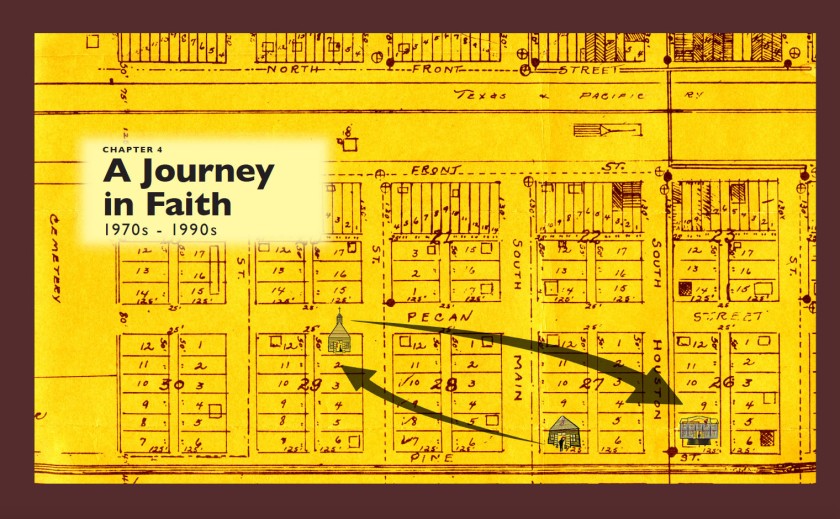 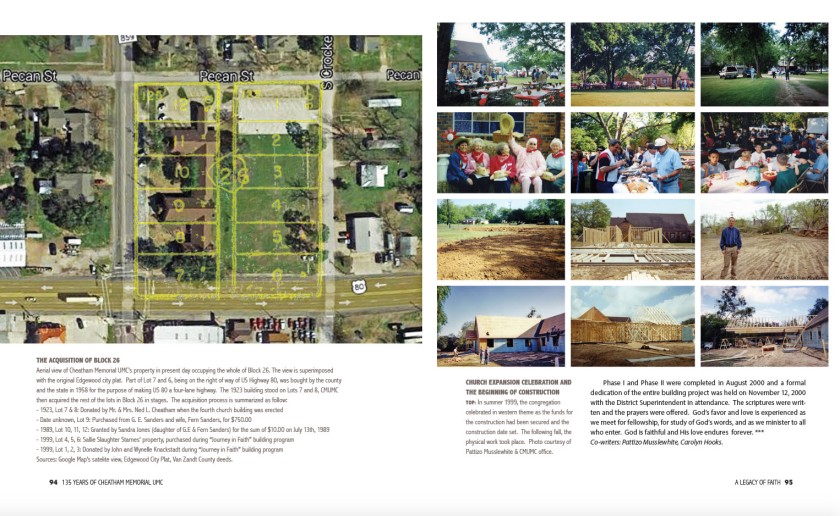 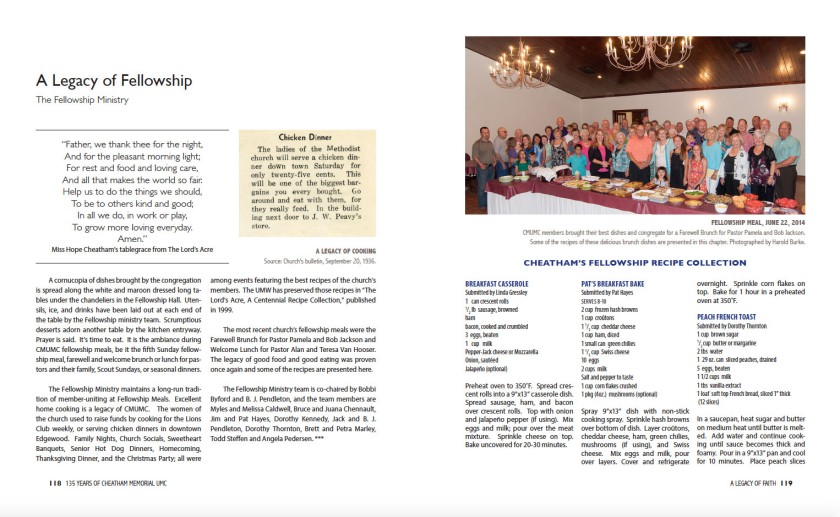 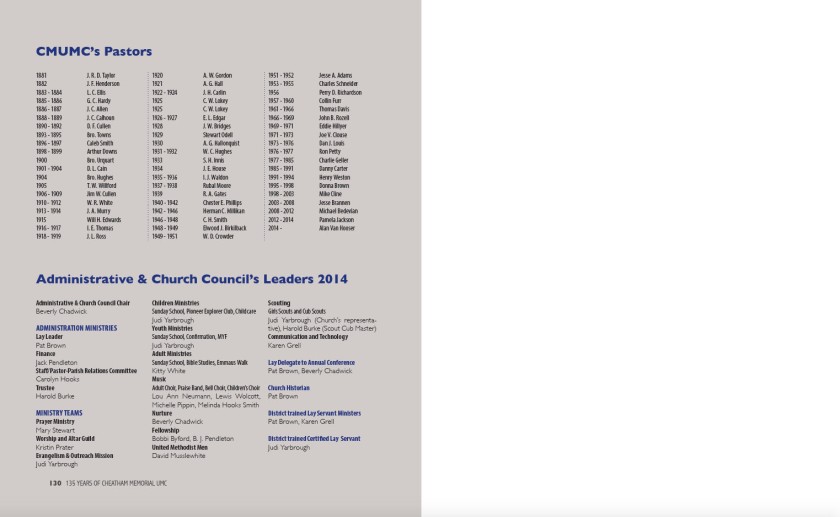 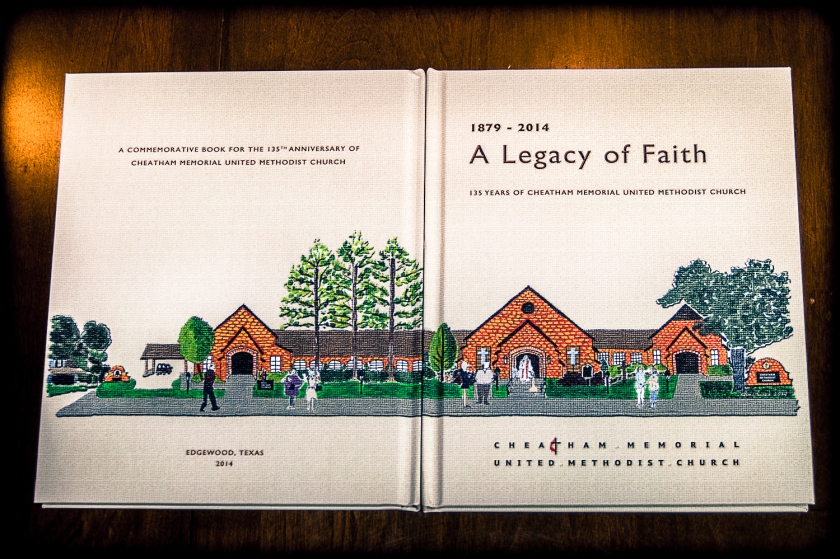 With the phrase “THE CHURCH IS THE PEOPLE” in mind, the cover of the book depicts the front view of the current building, with the congregation interacting on a regular Sunday service. I went outside my comfort-zone by doing the acrylic painting that wraps around this 8.3”x10.2”, 130-page, hardcover book.  The book is available for purchase through Cheatham Memorial United Methodist Church in Edgewood (903-896-4935) or through myself.  The price per book is $45. ***