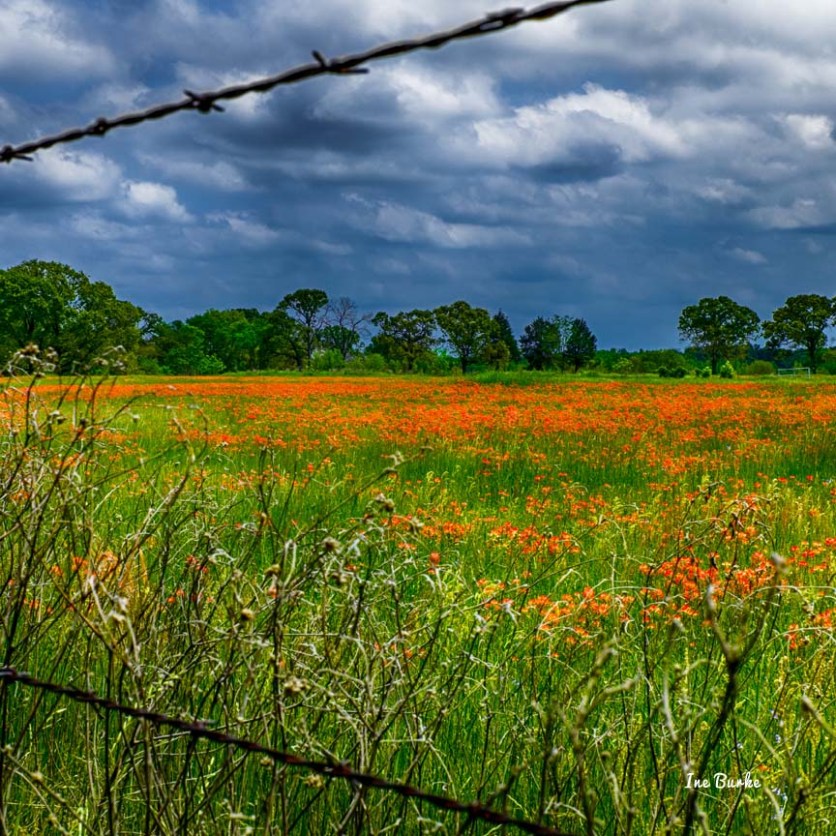 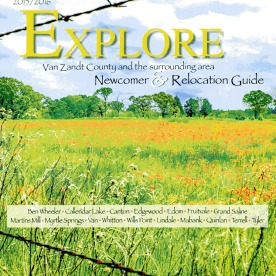 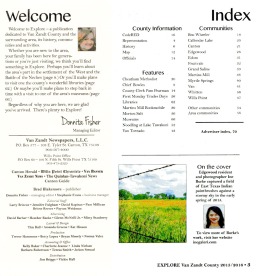 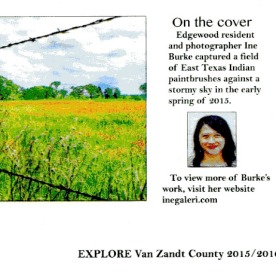 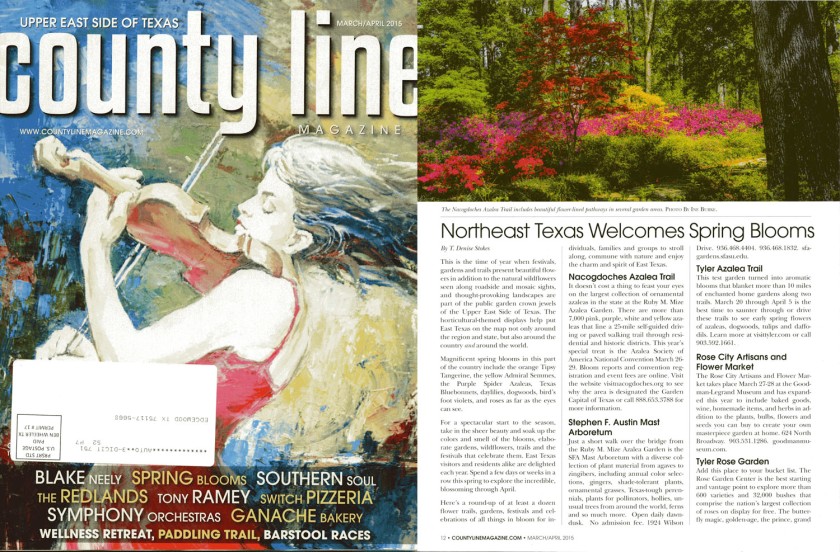 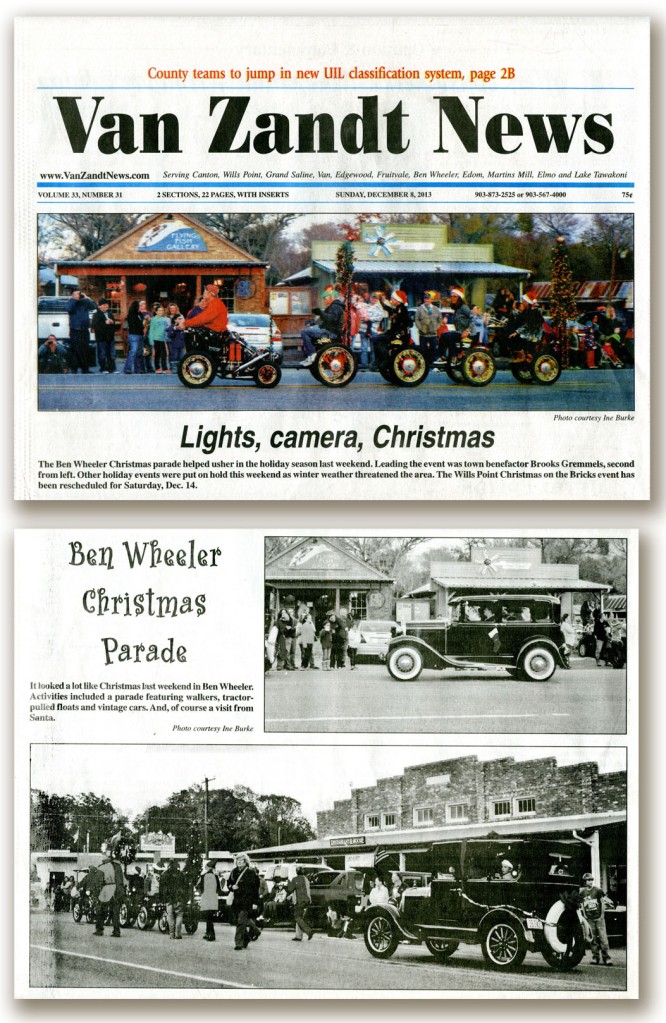 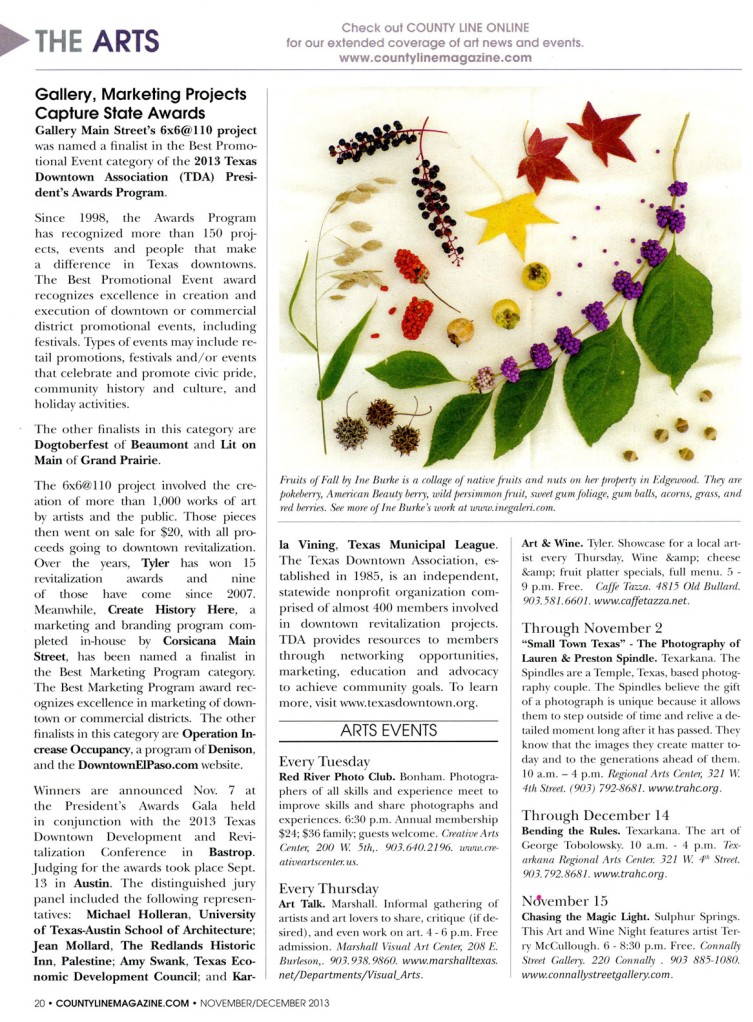 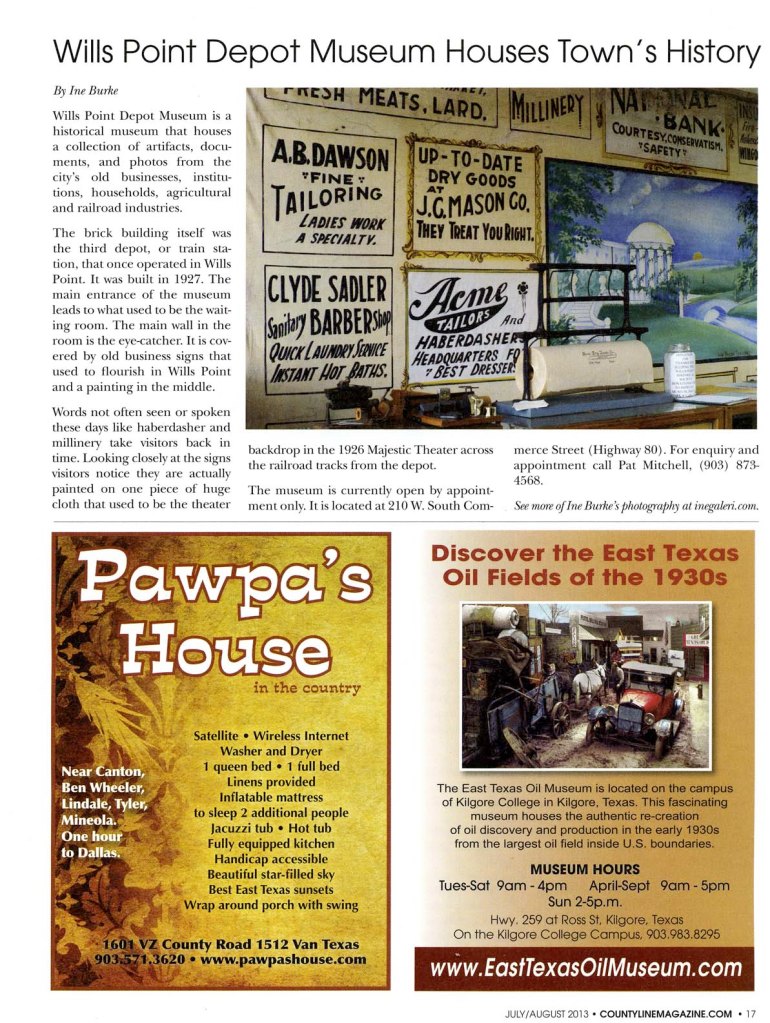 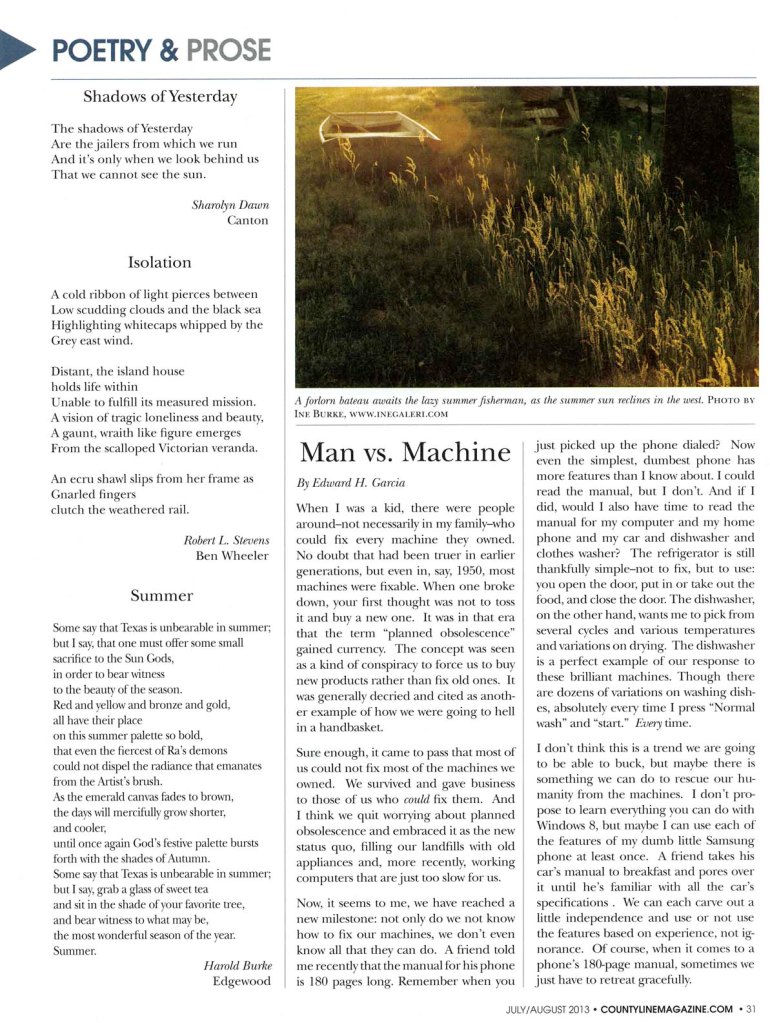 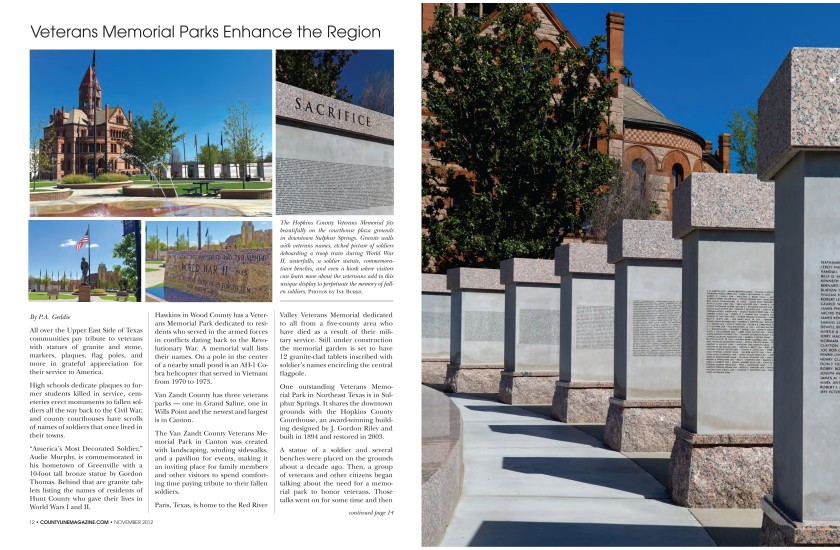 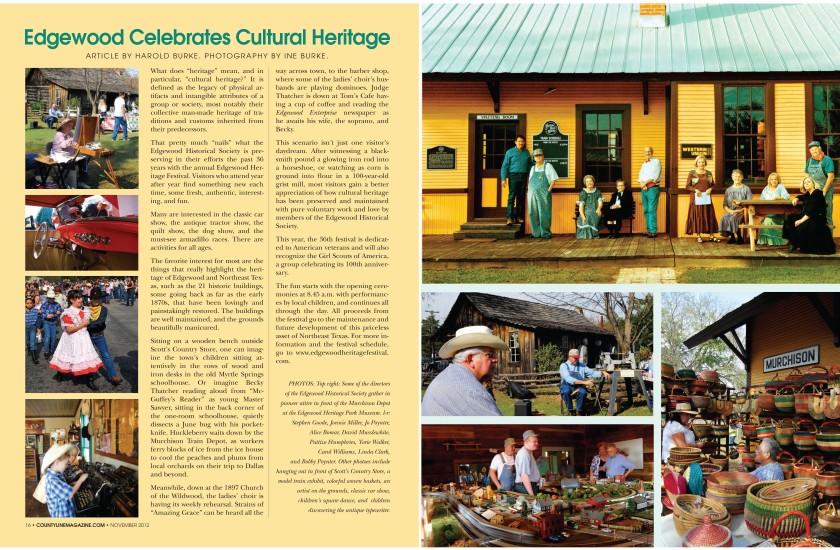 My article and photos in County Line Magazine, October 2012 issue, Page 10-13, Discover 300 years of History in 35 Miles, A Self Guided Tour of the Dallas-Shreveport Historic Parkway in Van Zandt County (click here to see the online version). 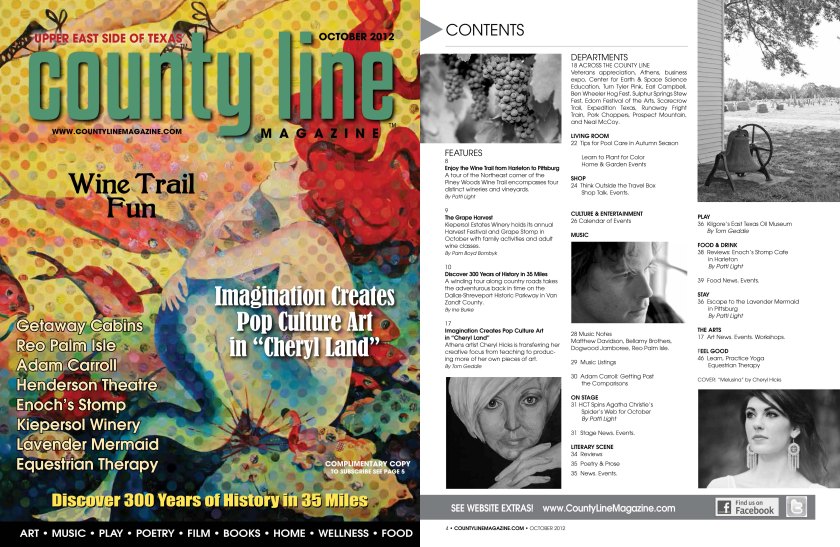 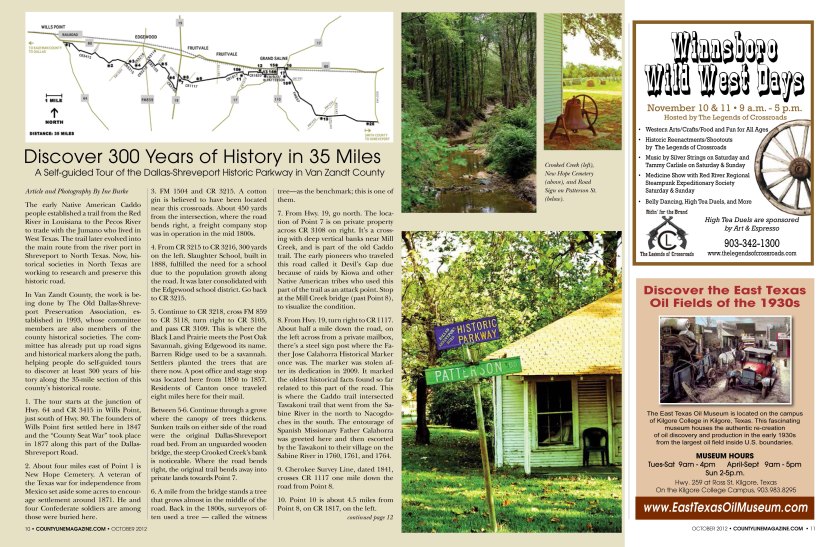 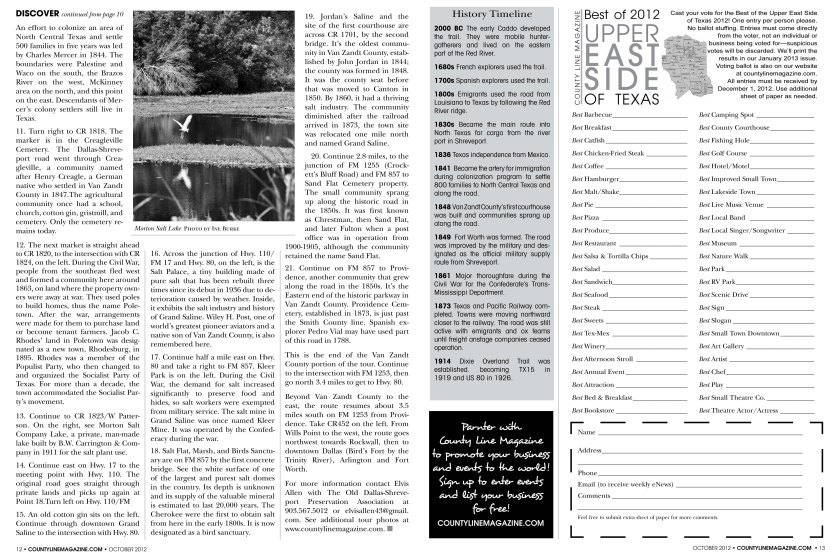 My photo from The Battle of the Neches Memorial 2012 and an article and photos on Emory Heritage Park printed in County Line Magazine, August 2012 issue, on Page 5, 40, and 41, and online at this link. 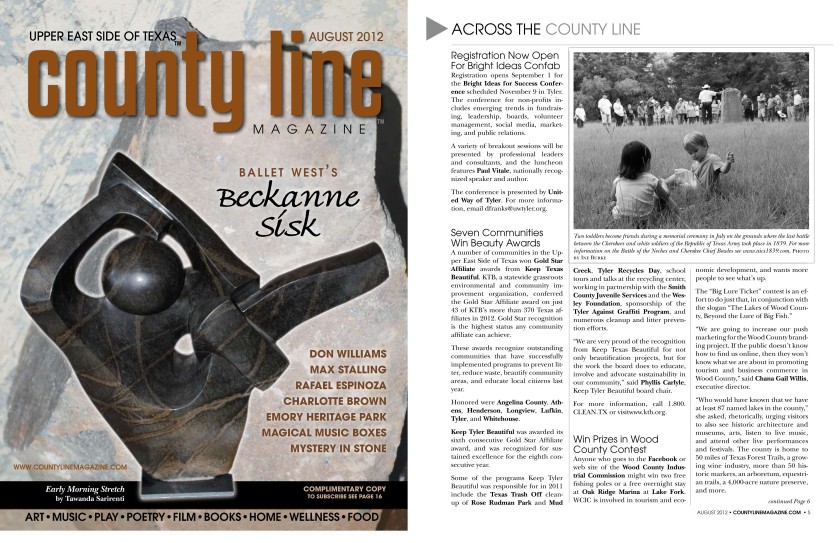 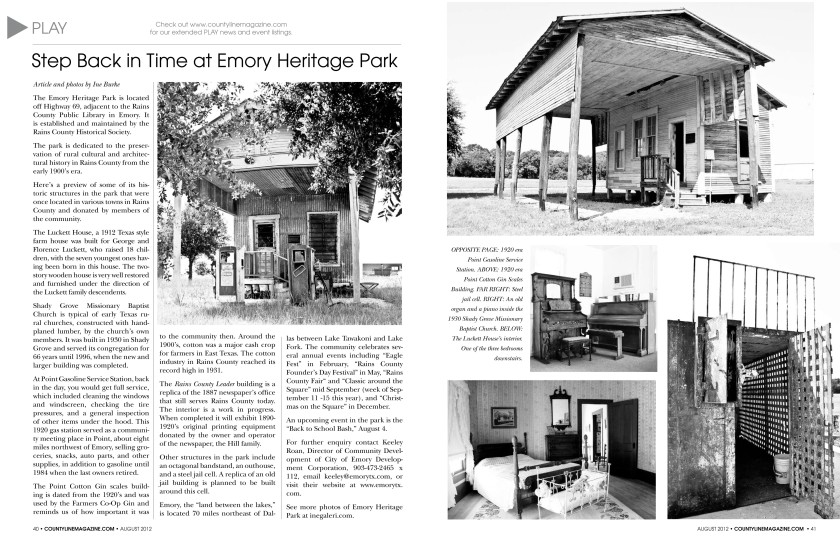 My photos in County Line Magazine, July 2012 issue, on Page 19 – A View of My Favorite Things, covered landmarks and events around US Hwy 80 and TX Hwy 19, North East Texas.