After a streak of wet and cloudy days, the clouds finally give in to sun. 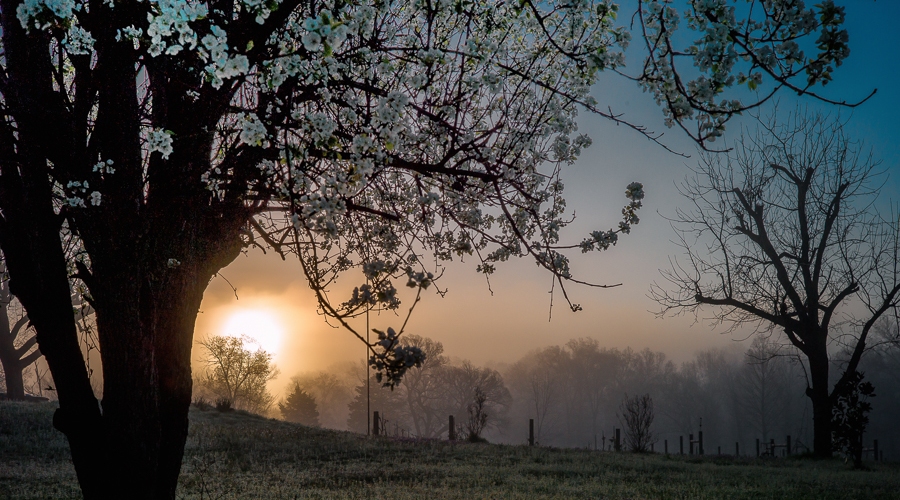 Daffodils and jonquils have passed the relay baton to fruit trees and ground cover.  Pear, plum, and peach trees are blossoming, along with the red buds. Patches of white, yellow, and purple flowers of the wild ground cover catch the dew in a foggy morning.  New young cones of the pines reflect the yellow sun rays.  Bees are buzzing high and low. So is the lawn mower. Welcome, spring! 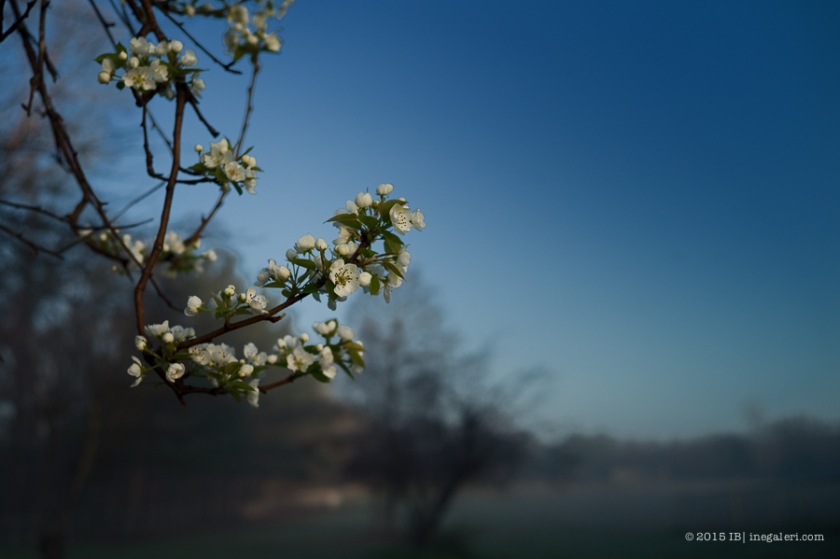 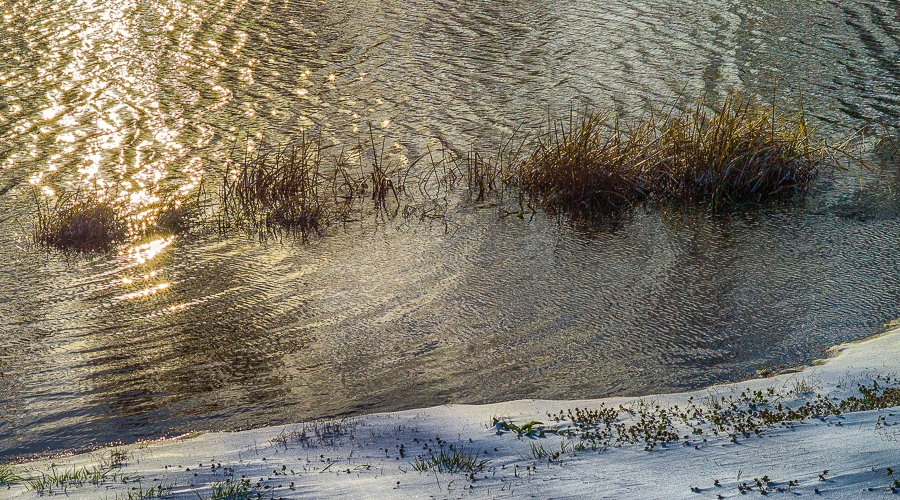 Sleet and snow hit the area hours before dawn, blessing the beholders with a glorious white, gold, and blue in the morning.  The gold reflection on the creek is gone as soon as the sun climbs higher.  The white takes it easy and lingers until noon.  The sky is blue all day long. ~ Snow scene on March 3, 2015, in Edgewood, Texas.

This is not Point Reyes, nor is it Sumburu Wildlife Park. This is my small world where the dog watches the sun and moon face to face in mornings.  This is the land where the pruned grapevines bask in the sun, with possibilities of getting freeze the next day or so.  This is a warm February morning in East Texas.

I’ve been observing and preserving the beauty of East Texas sky since I moved here, in Edgewood, in 2006. In 2012, I self-published my photography book, On the Edge of the Piney Woods, compiling the photographs of ever-changing Texas sky and the land’s natural beauty in four seasons. The sky and the land don’t stop amaze me with their ever-changing beauty and surprises, so I keep taking photographs of the same subjects. Like these views of one fiery sunrise in early winter in December 2013. The ray of golden sunlight caught my eyes through the kitchen window, as always, notifying me that a glorious scene was going to play out there in a few seconds. Without delay, I grabbed my camera and got out there in a crisp morning to capture it. 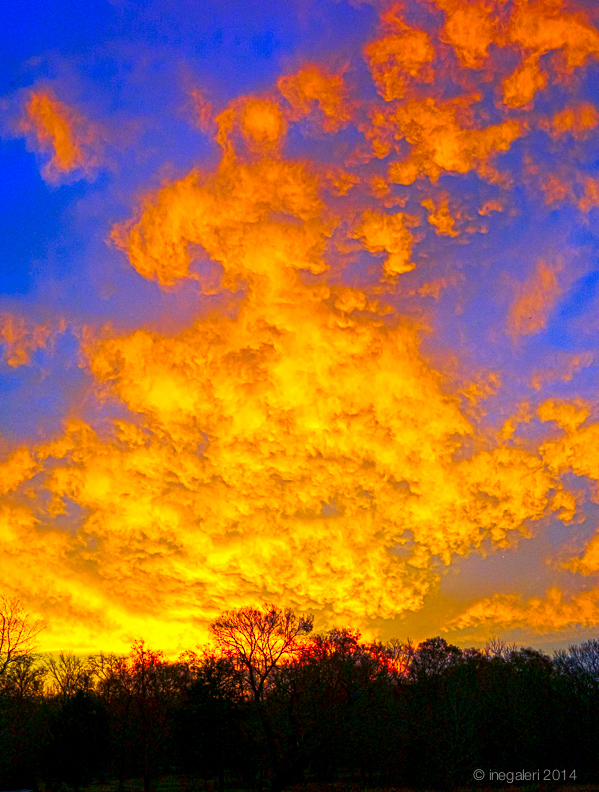 Blurb Preview of the book, On the Edge of the Piney Woods: